Blepharitis is the term used to describe inflammation of the eyelids.  It is extremely common, and can occur in very young patients though most frequently is seen over the age of 50.

Anterior blepharitis relates to inflammation around the eyelashes which produces chronic crusting and irritation.    This can occasionally be associated with a chronic bacterial infection around the eyelashes which can induce further problems on the eye surface such as keratitis (infection or inflammation of the cornea).  These bacteria are present in many of the general population but for unknown reasons only seem to affect certain individuals.

Posterior blepharitis is a term used to describe the blocking and plugging of meibomiam glands which exist within the eyelid. These glands run vertically in the eyelids, and are more numerous on the lower eyelid.  This can again cause chronic irritation, redness and soreness around the eyes, and can also contribute towards dry eye symptoms.  Posterior blepharitis is often associated with other skin conditions such as rosacea.

Patients with blepharitis will often have symptoms of irritation around the eyelids (Figure1.0), and sometimes chronic red and painful eyes. It is frequently associated with dry eye and can also be a cause of keratitis. Blepharitis may also contribute towards watery eyes (epiphora). 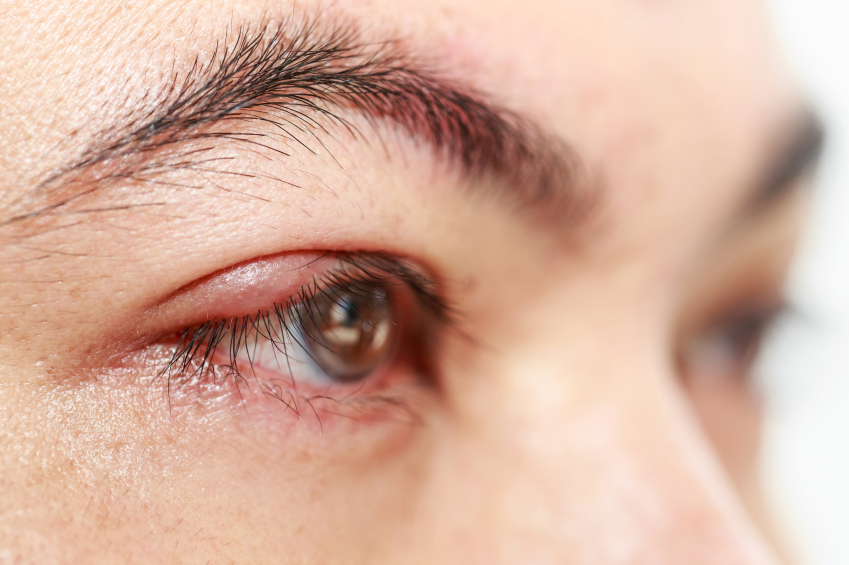 Those patients who have been given a diagnosis of anterior blepharitis may find that their symptoms are linked to other skin conditions such as seborrhoeic dermatitis which can cause the skin to become generally quite flaky.

Patients with a diagnosis of posterior blepharitis may also have a degree of rosacea, which can be a cause of redness and flushing around the cheeks.

For most patients very simple measures will be enough to improve the symptoms of blepharitis, but the treatment will be directed towards the specific type in order to improve the overall effectiveness.

For anterior blepharitis we would normally suggest continuing lid hygiene measures.  This will involve using warm sterilised water and a cotton wool bud to help clean the eyelashes and their bases, to remove the crusting and debris and hence reduce bacterial load.  This will often be enough to reduce symptoms of redness and irritation.  We may sometimes recommend a lubricant to use at the same time.

For posterior blepharitis, where the oily meibomiam glands are blocked, then we will often suggest hot compress massage. This will involve using a cotton wool ball dipped in warm (but not hot) water and massaging against closed eyelids to help thin and release the oils that reside within the meibomiam glands.  Alternatively a hot flannel could be used.  We will often suggest use of topical lubricants alongside this.  If your blepharitis is severe, then we may additionally suggest that you are prescribed a one to two month course of oral antibiotics, but this would be discussed at your consultation.